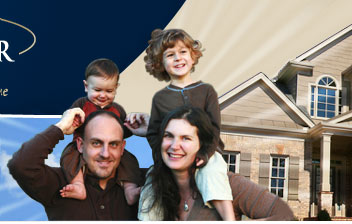 If you are planning to buy, invest or move up to a more expensive home, today’s real estate market can be a dream come true.  We created this section of the site to keep track of just a few of the predictions of just how long this down market might last.  Please keep in mind that these articles look at the housing market on a national level.

Mad Money’s Jim Cramer was on the Chris Matthews show on 6/22/08.  At the end of each show, Chris Matthews asks his guests to tell him something he doesn’t know.  Jim said the following:

“I’ve been viciously negative about housing to the point where the National Association of Realtors did a letter writing campaign to get me fired because I said on the Today Show I guarantee that your house would lose value about nine months ago.  I AM NOW GUARANTEEING THIS . . . NINE MONTHS FROM NOW, YOU WILL REGRET IF YOU HAVEN’T BOUGHT A HOUSE.  Totally contrary view.  Housing will bottom nine months from now.”

Chris Matthews:  “It will bottom in nine months?”

Matthews:  “So, you don’t buy until nine months from now?”

Cramer:  “Right.  But then you’ve got to start thinking about it because were not building . . . we’re building one fourth of the number of houses we were building two years ago and we are a great growth country and people will need homes again.”

The last time Jim Cramer made a notable housing market prediction was almost nine months ago when he appeared on the Today show with Matt Lauer.  At that time, Cramer was very negative on the real estate market across the country.  Cramer was however somewhat positive on a few very select markets.  He mentioned Montgomery County in Maryland specifically as being one of those real estate markets where it may be safe to purchase a home.

Fannie Mae and Freddie Mac are two of the top three mortgage insurance providers in the nation.   Because they insure mortgages, they assess risk on the housing market and those loans.

If you would like specific information about a home or a certain area, please feel free to contact us.  If you would like to search for a new home, you can do so by trying our MLS Home Search Tool or simply giving us a call.
Happy House Hunting!
Todd Sisler